Freedom. Divorce brought with it many trials, tribulations, sadnesses and disappointments. But it also brought with freedom, delicious and exhilarating. All of a sudden I got to completely choose, aside from my kids’ schedules, how I would spend my time and with whom I would spend it. I planned to be a lot choosier than I had in the past. Best laid plans…

As I have previously said, a lot of that new found time at first was spent alone. Not a bad choice for company, I am glad to say that I learned that about myself. But then I decided to venture out. Then I went on dates. Then I dated Dan. And now, it seems, I date some creepers. Not all were creepers, but a bunch of them were.

Let’s call the first Creeper Mike. I found him on eHarmony, a website that matches you with people of similar values. Because I currently have full custody of my kids, a lot of my answers to eHarmony’s survey translated into my priorities being primarily kid-centered. At first, that felt fine as that is right up my (bright) alley. But I soon learned that, in the dating field, that meant I would be matched up with mostly fathers of young kids (been there done that), special needs kids (completely fine with me) and widowers (awesome as there is no ex-wife to deal with). Oops, sorry if that sounds crass, but I have run into many, many men with lots of ex-wife issues, usually surrounding money issues and always revealing an unresolved-ness. These men hold tight to their bitterness in clenched fists. They can keep it. I have ended many dates wanting to hand over a therapy bill. That’s a whole other blog. Believe me, it’s in the works.

So the first eHarmony date that I went on was with a man named CJ, who has a special needs daughter. He had real potential (not a creeper) but ultimately was not interested in me. We went on four dates, seemed to connect with good conversation, but shared no kiss or touch. Yet I was surprised when I got the call, “You are really nice lady, but there doesn’t seem to be a physical attraction between us.” Hmm. What? Can you really determine that in four dates? He did. Nobody wants to hear that they are ‘nice.’ Too generic. Too loaded with nothingness. 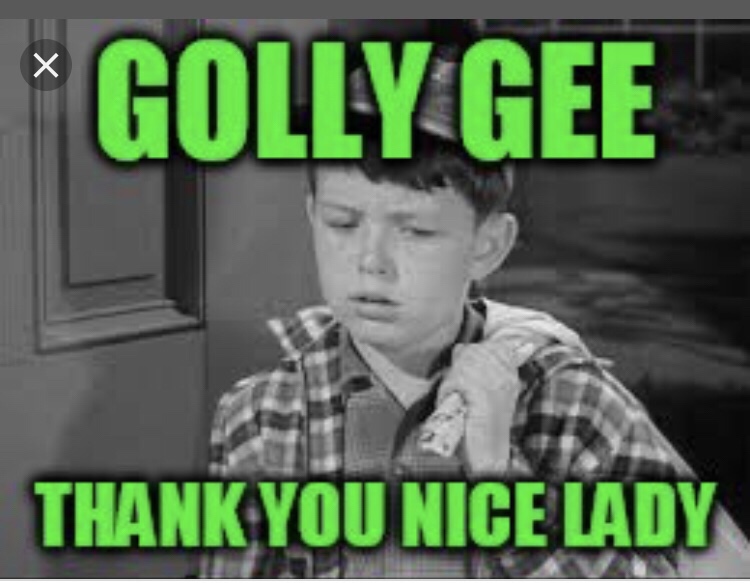 He was kind and respectful, so I will leave it at that.

The next man I met was Mike, Creeper #1. He’s a widower. His wife died when his kids were very young, 1 and 3, I believe. They weren’t that much older when I met him, maybe 3 and 5.

Anyway, our date had a precarious start. I showed up at our meeting spot, bellied up to the bar, and ordered a beer. I waited for about 10 minutes before I went into the bathroom to call my friend in an absolute panic. “What am I going to do? He is 10 minutes late and I think I’m getting stood up… Again.” She talked me off my crazy ledge and told me to patiently give him some more time. She told me to text him. I did not have his number. I gave him mine via the messaging system on the dating website, but he did not reciprocate. In an effort to listen to her advice, I went back out to the bar and took a deep sip of beer to calm down when my phone rang.

I said, “Sitting at the bar. Where are you?”

I glanced around, looked over my shoulder, and said, “I don’t see you anywhere. Ask for a menu and tell me the name of the restaurant. Or maybe me there’s two locations? Are you in Gaithersburg?”

He asked the bartender for menu and said, “Oh my, I am in Ted’s diner. What the heck?” He was in the wrong spot. I told him that he only missed me by one restaurant. All he had to do was come right next door. I walked toward the front door and was met with a very large man wearing a blue suit. A full suit. Baby blue linen. I tried to find a funny picture to illustrate, but all of the pictures on the Internet are of hot guys who look smooth in their baby blues.

This guy did not. He appeared frazzled in his baby blues. When Mike sat down and crossed his right leg over his left, he revealed a navy blue and pine green plaid wool sock. None of it matched. Usually something like this wouldn’t bother me but…heck, I usually do not even notice a man’s outfit but none of Mike’s outfit pieces matched his size, his stature, or his position as a professor of war tactics or something like that. This outfit only matched his state of frazzled-ness. I tried to reserve judgment and keep an open mind. I tried to look forward to getting to know his complexities hinted by his wardrobe, but something just didn’t add up. I chalked it up to the rough beginning of the date.

We talked. The conversation quickly exhausted for me. I asked a question, he answered it, and then he stared at me with his baby blue eyes. Not curious eyes. Not endearing eyes. But intense and glaring eyes. Almost as if his answers were challenges. Creepy. I often ask myself the question, “Why did I not just leave? Why did I. not exercise my freedom to spend my time with a date that would bring me joy and pleasure?” Well, I think the answer to that is I still needed to learn to trust my instincts. Yes, I gone on some creepy dates, but I have fine tuned my creepiness-odometer. All positive growth.

I went to the bathroom at least three times trying to escape those haunting eyes and the awkward silences in between my questions. He never asked me any back. Then at one point, I switched the way my legs were crossed. He grabbed my ankle and pointed to my ankle tattoo quizzically, “What can you tell me about this?”

I felt a spark. Was the spark from the an actual question? From the touch? Who knows, but I didn’t think much of it and it quickly passed as I was excited to tell him the story behind my tattoo.

I excitedly shared how my oldest son began asking for a tattoo at age 13. My answer was always, “Yes! We can get matching ones side by side!!”

He politely declined each time with, “Is that the only way I can get a tattoo? If so, never mind,” as I knew he would.

Moving forward, my son tried again about once a year and the conversation went exactly the same each time. Until the night I picked him up after his first semester of college. He got in the car and said, “Hey mom, you ready to go get that tattoo together?”

As much as I wanted say, “Um I was just bluffing and do not really want to have needles dig into me for an hour,” I said, “Yes!!” And so we did. But we didn’t get matching tattoos side by side. We each got what we wanted, but we did it together. Mike’s reaction? A baby blue eyed stare. Maybe there was a nod in there too. Maybe. Creepy.

The evening finally came to a close. The story of my tattoo is about the only thing that Mile learned about me after a two hour date. Or so I thought.

He texted me later in the night. “I enjoyed our conversation very much. I’ve never had conversation flow so easily and naturally. I’m not sure there’s a physical attraction but you’re definitely in the running. My girls are out of town with their grandmother, and I have three dates in the next three nights. I’ll get back to you later.” So he also learned that I am a good conversationalist and that he is not attracted to me.

Since I did not like how it felt to be told by back to back men that there was no physical attraction, I decided to tell him the truth. “I felt a spark when you touched my tattoo on my ankle. Thanks for meeting me. Enjoy your week of dating.”

He responded with, “Yes, I did feel an arousal in my trousers when I touched your ankle. Your tattoo shows you have a wild streak that is enticing.”

Ew. Ew on the arousal. Why did he think it was ok to tell me this after a not very fun two hours together? Did he think because I am an English teacher that I would like his near rhyme poetry? Well, I couldn’t shake the image of the arousal in the baby blue linen trousers for…well I still haven’t… in order to enjoy any poetry. Double ew on the contradiction. You did or you did not feel an attraction? And why did he perceive my tattoo as showing a ‘wild side’ when really it was just a way to connect with my son? But, truth be told, I did like the sound of my ‘wild side’ being enticing. Looking on the bright side, at least he didn’t call me nice.

A couple of days went by with no communication. Thankfully.

Finally, on the third day, I received word from Mike. And it read like this: “I have had four dates in just as many nights. I have met some really lovely ladies. Last night I met a woman with great potential. I am no longer available to date. I am suspending my eHarmony account, and I know longer want to be contacted by you as I want no distractions as I pursue this amazing woman.” Triple ew. Power of 3’s.

The arousal in the trousers that he felt with this other woman must have been as exhilarating as freedom was feeling to me. I wonder if he rocked the linen suit on that date too.

In the wake of this creepiness, I chose to exercise my freedom to fly high on the compliment that my wild side was enticing.

On deck, where this high flying and ‘wild side’ got me. You guessed it: more creepers.

6 thoughts on “Creeper Series: Arousal in the Trousers”