So in my last blog, I blah, blah, blahed about my friggin’ spiritual journey. I did it begrudgingly and many of you likely didn’t want me to do it either. You want to hear the stories of the carny characters that I meet on my adventures in dating. I have taken a sabbatical, by the way. I am weary of dates that repel like two negative ions. So, I am taking some much needed time away from dating to empty my head of negativity and to make room for positive energy in my next effort.

I am looking for some positive charges that attract.  So, by taking a break to clear my head, I am sweeping my side of the street.

Usually summer time is good for me to date since I am a teacher, when I have more time and patience for shenanigans. So if any of you know anybody single, emotionally available, and kosher with possibly appearing in my blog….keep me posted. June is right around the corner.

Anyway, writing about (and reading about) my spiritual journey is just not nearly as funny or outlandish as writing about (and reading about ) dates that I muster up the energy to brave time and time again.  I do have two more dating funny stories to share and share them I will, but for now, I would like to feature plights, other than dating, that single women (and likely men) encounter.  But, none the less, many of you gave me wonderfully delightful feedback on that spiritual journey post, so thanks:)

And to honor you, I must come clean.

When discussing the key ingredients of my recipe for peace, I deliberately left out a major motivation for pursuing some components of my path. It’s not all about spirituality. Or maybe it is. You decide.

There is one disquietude to being single that many women are afraid or even ashamed to admit and/or discuss. How much we miss physical touch. Fact: I attend yoga and mediation, in part, for the adjustment, the corrections, and the healing hands. They help fill a void that is otherwise unfillable in my current situation. Many do not feel comfortable with this admission, (and obviously I am one of them as I have been working out this blog for forever in shame) but the smoldering need for physical human touch is a powerful compulsion that we cannot ignore, no matter what. We want that positive charge.

Outside of my dog, these yoga and meditation adjustments are among the few warm touches that I receive. Don’t get me wrong, Charlie (the dog), snuggles up regularly and his snuggles are on point. My male and female friends dole out some wonderful hugs and we even share even an occasional kiss. But, like it or not, I crave more.  Some would even say I need it. Back in the early 20th century, Edna St. Vincent Millay shows just how powerful the need for human touch is,

“I might be driven to sell your love for peace,

Or trade the memory of this night for food.

What is that? She does not think that she would give up even the memory of a night of love for peace or food?? She makes a robust claim that physical touch is a need not a want, that people would starve themselves in order to satiate their jones for touch, like a drug addiction. But it seems to me that she is focusing on sexual touch. I am not. I am not needing that type because of when I was born. I am a 21st century woman. Millay’s poem, coming from a early 20th century woman, had to have been scandalous. Millay mitigated minds and prepared society for the talented and titillating women that came after her (no pun intended).

Now turn the century with me and reminisce about the risque Divinyls whose lead singer belted out  “I Touch Myself.” Almost one hundred years later, why was this message a shock to anybody. Who cares; thankfully I was single in the wake of this Game Changer. This song speaks to the value of a love connection but also to the groundbreaking idea that a woman doesn’t need a partner to meet her sexually physical needs. We have been telling boys on the cusp of puberty this very thing for years. But not girls. An Australian rock band had to do that for us. But the song speaks to an excitement, a hopefulness, a passion inspired by the thoughts and memories of a partner. Of another person. And that is what we single women miss.  This single woman does anyway, and at least as much as Millay claims that we need the night of love. These days we (I) need the gentle, platonic touch that wants nothing but to say, “I have your back.”

The stereotypical Miss America, when asked what she would want most in the world, wishes for world peace. Millay says she would rather have a night of…or even just the memory of…a night of love than peace. But, come on, anybody who looks like Miss America surely would be able to put world peace above all else. Lucky lady, such a luxury to be able to desire world peace above human touch.  That’s because with her looks and fame, she likely is not deprived of it.

Millay wonders if she would trade the memory of a night of lovin’ for food? I am all about grubbing down, especially after a full night of drinking. But would I give that up for physical touch? Yup. In a heartbeat.  I am trying to be funny not flippant:  I recognize that the situation I pose is not actual starvation of any degree, so it is easy for me to give up a meal of two. And I am so fortunate to be able to honestly say that I do not understand true starvation, so I cannot even begin to claim that I really wouldn’t choose food. But Millay does and I believe her. I admire her and I appreciate her. She paved the way for us single women to say we need to be touched too.

Not just anybody’s touch will suffice for me.  It has to be somebody special or it just won’t do the trick, if you know what I mean. And these fuckers that I have been dating would definitely not do the trick. They just won’t satisfy, even for the moment.  In yoga and meditation, there is a spiritual connection happening that satisfies my body and soul at the same time. Positive ions. That is why the adjustments, corrections, and healing touches of my instructors and guides work for me. Maybe not in the big picture way that I seek, but in a way that will have to suffice for now. So I will continue on my spiritual journey for that reason, among others.

Are you not sure what to imagine when I repeat the phrase ‘yoga and mediation adjustments, corrections, or healing touches?’ Well…here you go. 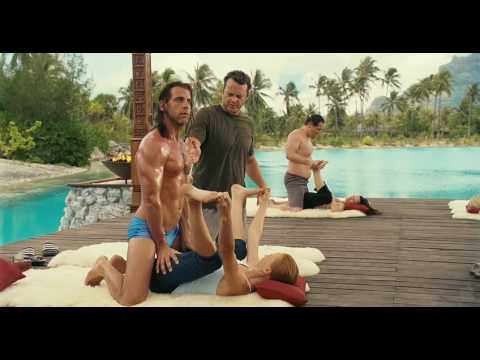 What would you give up for this?  Spiritual or no? Let me know what you think.

In the words of the sage, Olivia Newton John,”Let’s Get Physical” and spiritual. Namaste.

3 thoughts on “Let’s Get Physical”